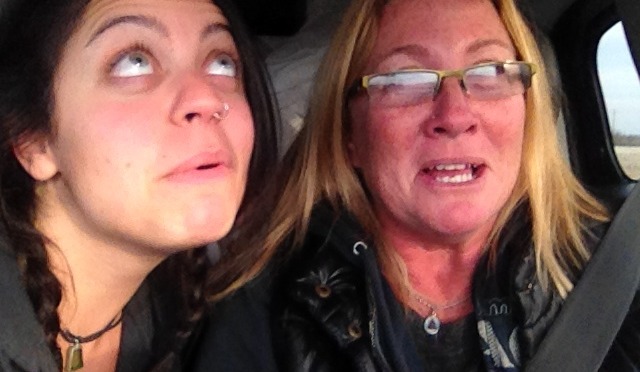 Driving through Texas the second time was about as exciting as the first time. This time it was desert though. Sand, cacti, sand, cacti. We actually stumbled upon some REALLY adorable towns as we left Austin yesterday, including the town where Lyndon B. Johnson was born.

We did get to see a bunch of Texas windmills, which were pretty cool to look at: 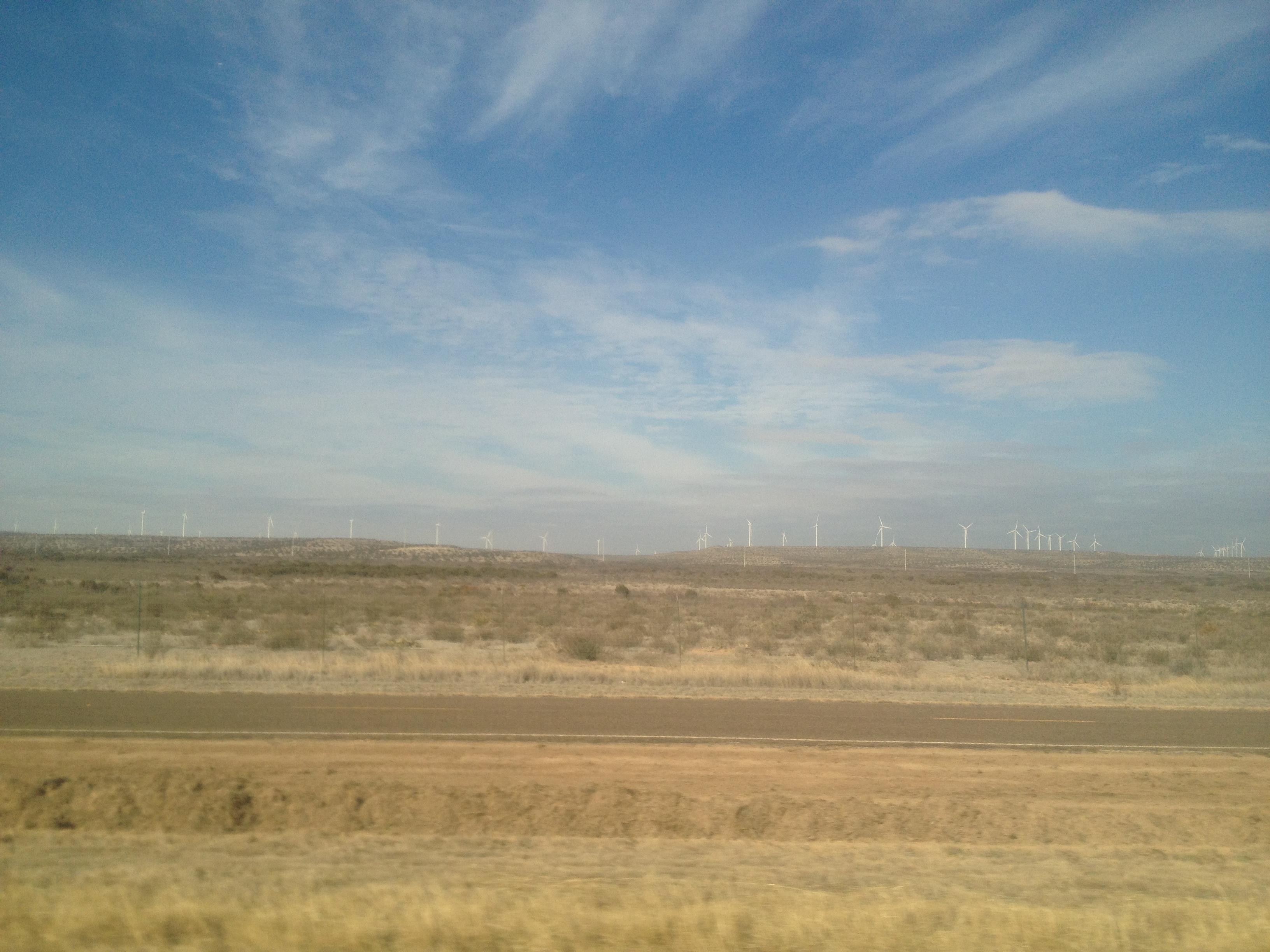 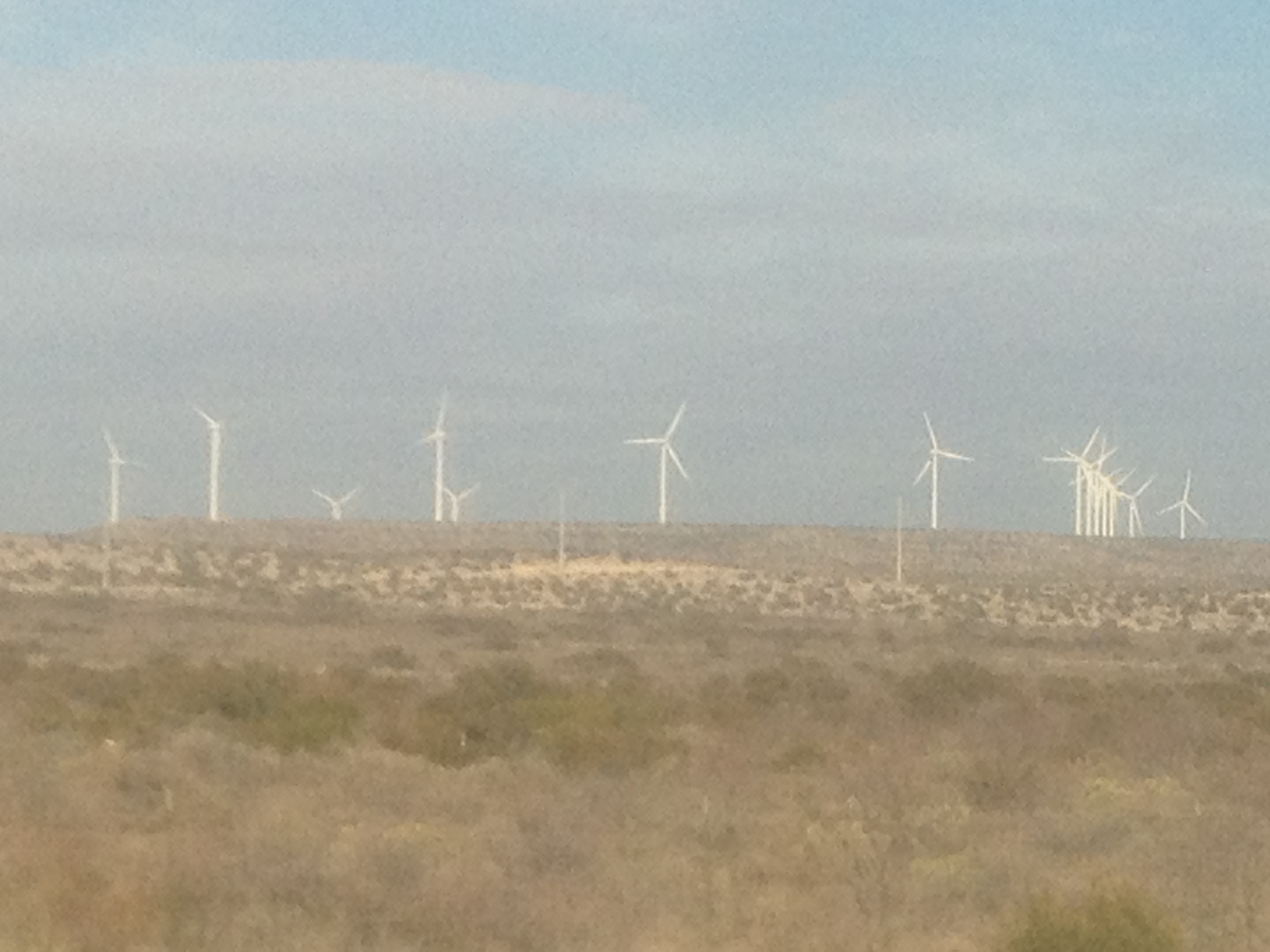 And sang to pass the time: 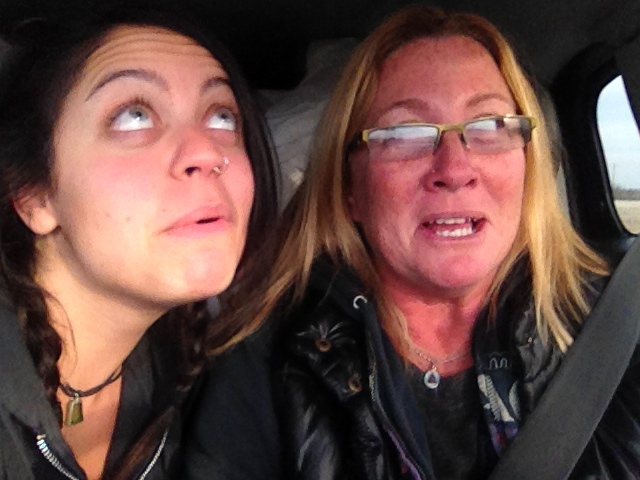 We did not make it to New Mexico last night – the forecast was snow, it was getting pretty dark, and we didn’t want to end up having to stop in the dark in a border town we didn’t know. 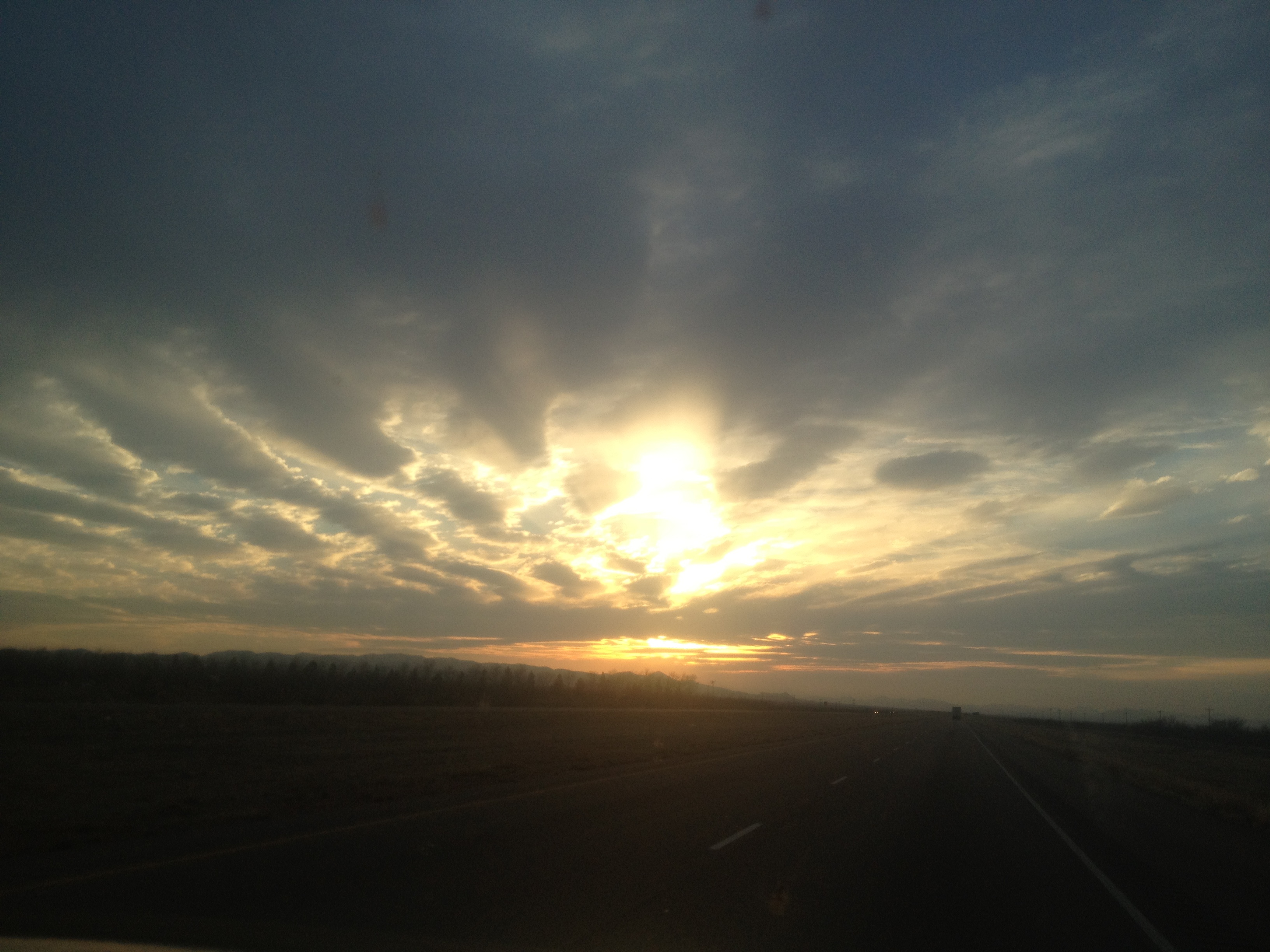 We ended up spending one more night in Texas in a small town called Van Horn. We stayed in their historic hotel which was sweet and hilarious at the same time! The whole hotel restaurant was in a tizzy when we asked to sub asparagus for French fries at dinner- apparently we are more picky than their other guests. Whoops. Anyway, the debacle just continued until we all gave up and they offered us a free slice of pie. Not being ones to pass up free dessert, we happily substituted the green vegetable component of our meal with dessert.

This morning, we are back on the road. It’s cold but no snow yet- we’ll hit it in a few hours.

It’s okay though, we are enjoying a banana waffle smeared with peanut butter: 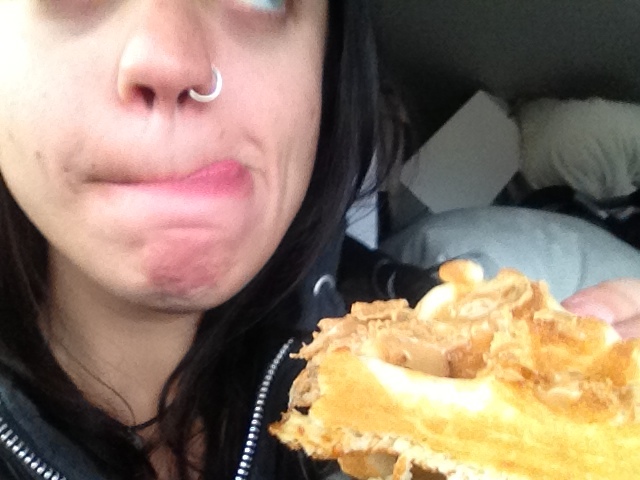 and looking forward to more adventures…